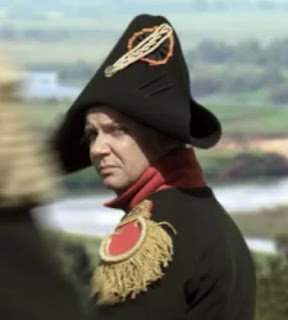 The following message arrives for Tsar Alexander on 27 Aug 1813:

My Brother,
The Prussians have marched out from the Bohemian passes.  All of the cavalry rode away from my command at Komatau on the 23 Aug


Now on the 26 Aug the Prussian Infantry Korps has marched out, they are bound for Zittau at the orders of the King of Prussia.
There are now not enough troops to force a passage north into Saxony.

Haugwitz, upon learning of this detail had the following to say:

Gott sei Dank!
Our force at Marienburg on the march at last, I take it. At the very least, the Russians must now cease to take the Royal Army for granted, how can the excellent Bluecher object to that?
Komisch, nicht wahr, denkt Euch, that we should discover it by evidently pilfering the despatch case of a drunken Russian Imperial Messenger in some pothouse at Leitmeritz, however, I hope that we are not being gulled into a false sense of security. It is the upon the fate of the Botschaft Grawert now, that everything depends, Euerer Majestaet...

Alexander demanded an update on all known dispositions of enemy French and Friendly Prussian, Austrian forces as well as the current Russian troops.

This map was generated for that discussion:

As could be seen from the map, the Prussians that had been tasked to support War Minister Barclay de Tolly and had the Tsar's brother Grand Duke Constantine to bolster their importance had, in fact, marched out from the Bohemian pass south of Dresden, and were busy marching the wrong way around the mountains.

Certainly something must be done about this issue!