New Major Battles on the horizon and a critical skirmish series

With the 1 September 1813 turn now in progress there are two major battles, one minor one and another cavalry skirmish series to take to the tabletop in the next 10 days.

This time the cavalry are from Prussia and Russia, mixes of Landwher, Cossacks and Hussars.

Tabletop game players from the UK, Spain and USA will take on the action.

The minor battle will be handled by our Australian contingent and the Canadian crew at MurdocK's MarauderS will take on at least one of the major battles.

Watch for results in the next week!

Posted by MurdocK at 9:48 PM No comments: 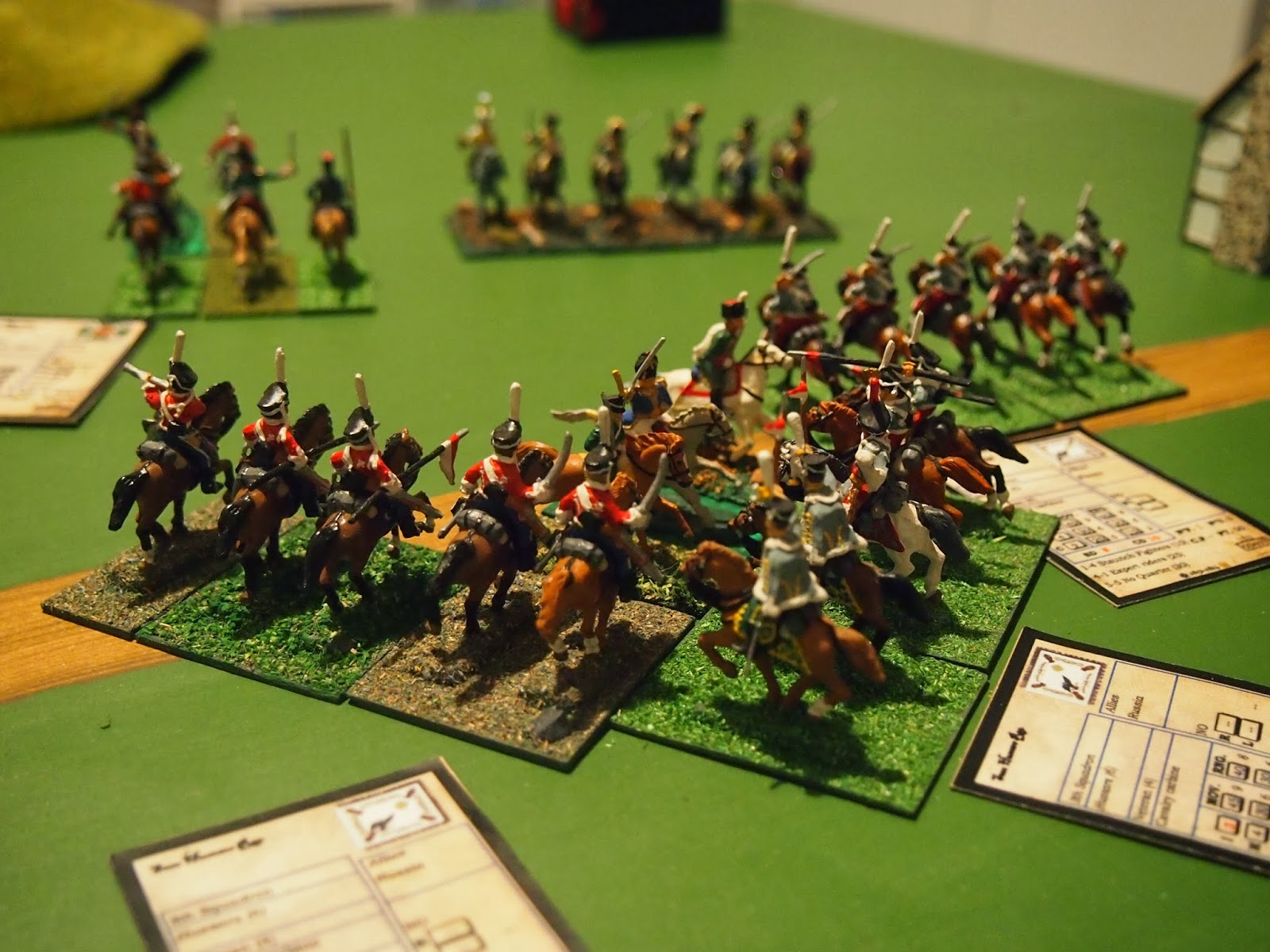 Over the December period a skirmish series of games was called for to determine whom would have the 'upper hand' in penetrating the cavalry screens - and thus gain vital campaign information ...

This After Action Report from The Avon Napoleonic Fellowship, tells the tale of one of these recent skirmishes.

Orders have come in following these skirmishes ... armies are on the move!
Posted by MurdocK at 10:33 PM 1 comment: