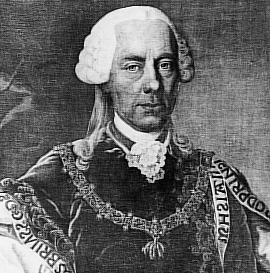 Haugwitz will not let go:


Indeed, Euerer Majestaet, always most perceptive, if I may say so. I should think that the slight inconvenience imposed upon the French Emperor by the skirmish at Bautzen may serve at least to make him take more seriously the approach which we are making on behalf of all Europe. He can see that there will be some hard fighting, should he press his ambitions to recover eastern Germany and Poland, but that there is an obvious alternative, in our proposals.
Surely the high regard in which the head of our mission is held by his French counterparts, and the able arrangements which young Steinmetz should have put in place for his conveyance, will have sufficed by now to get our message into the gilded salon of the Great Beast? Where is he said to lie, at this moment?
In the meantime, Euerer Majestaet shows great wisdom as always, and tapfer Bluecher should indeed keep his powder dry, at least until this new combination of the August Habsburger reveals itself as a fresh device. The Emperor Francis' little triumph on the upper Spree will have done nothing to secure the necessary success on the middle Spree, of course, and I would be very surprised if he really means to detach more than a tithe of his forces for what he no doubt truly regards as a pointless adventure; the relief of the capital, which should be as I have advised many times the obvious result of the policy and strategy of the King of Prussia, not the gift of the so-called allierte Monarchen, must come with Euerer Majestaet at its head, crowned with laurels and bearing the supreme gift of peace, with which purpose in mind the Army of the doughty Bluecher needs to be kept in being.
Where, by the way, are the reinforcing columns of our gallant detachment marching back east from Marienburg? Have they got lost in the wilds of Bohemia? Are they hunting bears? Would it not be convenient to wait for them, in any case? Was, aus Westen nichts neues?
Euerer hochtreuester Ergebener,
C.v.H.

Players again were reminded that only a day had passed, for the 'news' to arrive ...

Then some thoughts came back on the proceedings:

... but my recollection is that FW
was a bit flakey all round, he needed his gallant wife to jack him up
whenever there was any fighting to be done, or even resistance to
Napoleonic impositions, and left to himself like the goose-down pillow
he tended to bear the impression of the last person who sat on him.


When he was well into the company of Alexander he tended to be safe
enough for the Allied cause, as the Tsar was pugnacious enough for
both, but my supposition is that some other advisers are getting at him
now, the more pro-French lobby that I have identified, for reasons that
may have to do with the way that the armistice ended in this timeline,
not sure about that...his capital being under threat yet again might
also have had an effect-and the way that the Prussian army has been
handled, no watchdog of the Nation but the Emperor Francis's poodle,
scattered all over Saxony and Bohemia on minor missions, will have
disgruntled a lot of senior officers and people with family influence
on the King.

He has also been roughly handled in the eyes of his
people and of Europe in recent years, one humiliation after another,
and Prussia needs to restore some prestige, one way or another. And the
people have stepped onto the stage of Prussian history, haven't they,
thanks to the equivocal contributions of vom Stein and the
Kruempersystem commanders, the "battlecruisers" as we might call them-
if the king is not careful he will have brought a People's Army into
existence to combat the French levee-en-masse and will have nothing to
show for it at the end. As this was the motif of Prussian political
history for the next few decades I don't think it's a stretch to see
Unser Fritz getting cold feet about more fighting now.

I was reading
Metternich's autobiography last night, in fact, and he is very
interesting about the Prussians at this time-he sees their army as
practically a nullity, before and after Luetzen and still more after
Bautzen, the Prussian commanders looking for an out and even the Tsar
willing to consider pulling his own forces back into Poland and trying
again next year. Everyone he meets (including on the French side) is
desperate for peace and keeping people fighting-when Austria is neutral-
is a big headache for Metternich.

Negotiations-I'm still in the bit
before the armistice ends, though-seem pretty easy to set up: it seems
like they exchange letters or low-level chit-chat to fix a time and
place for a meet, and then both sides turn up on the day, or they
don't. There aren't continuous front lines so finding a good spot which
both sides can get to is not difficult.